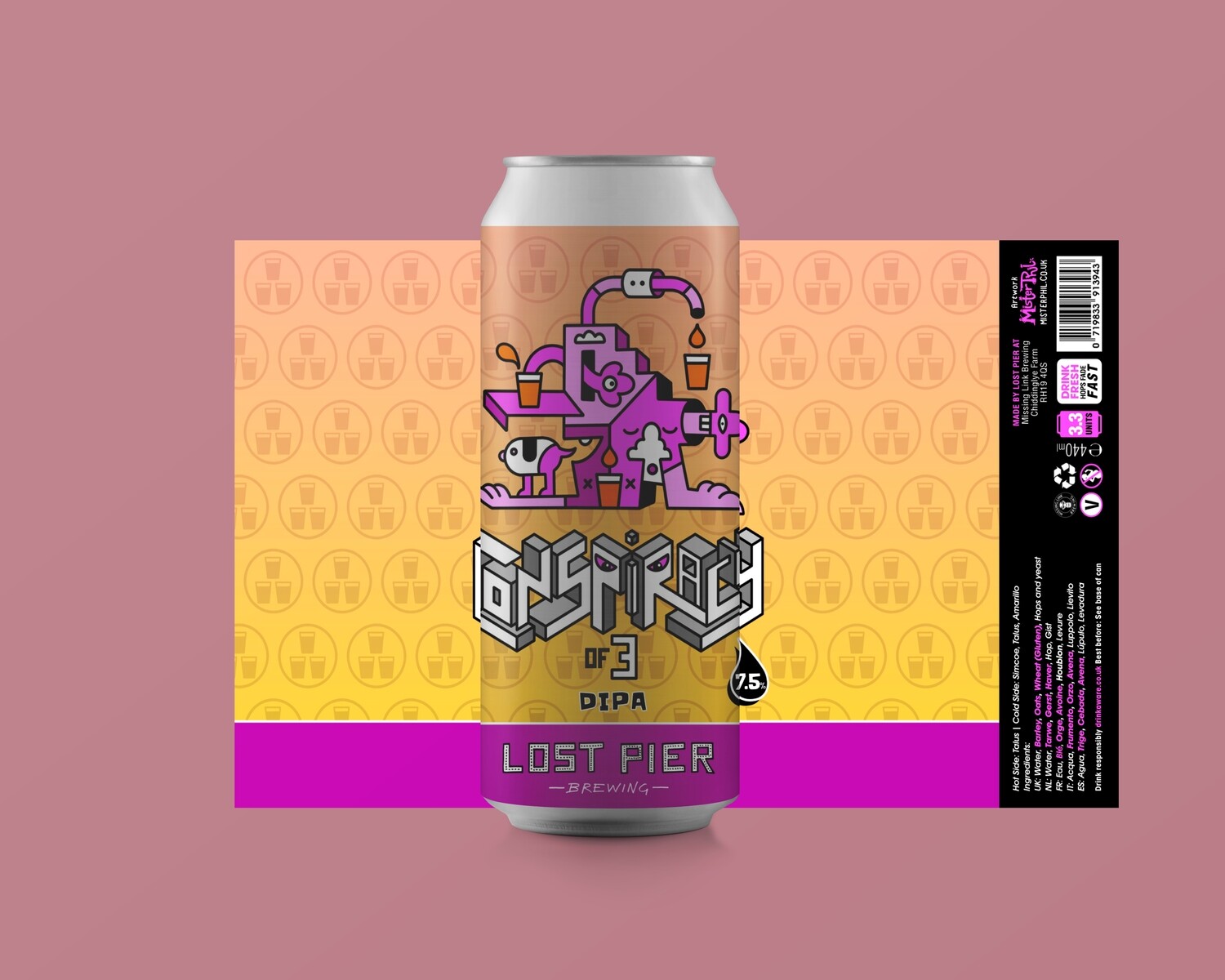 BBD 27th September, This beer is still tasting mega and will be until Dec Jan if you store in a cold place!

Conspiracy of 3, 2 and 1 will be a mini DIPA series using London ale 3 yeast and sets out to explore the blending together of Amarillo, Simcoe and Talus hops. In each release a hop needs to be voted out. It's a cutthroat world, but you will decide which hops will make the cut in the next release! Will Conspiracy of 1 finish on a straight up Simcoe powerhouse, or will it be voted out after the first round to allow Talus to fight it out with Amarillo for Conspiracy of 2. Your vote counts in the battle of the hops.